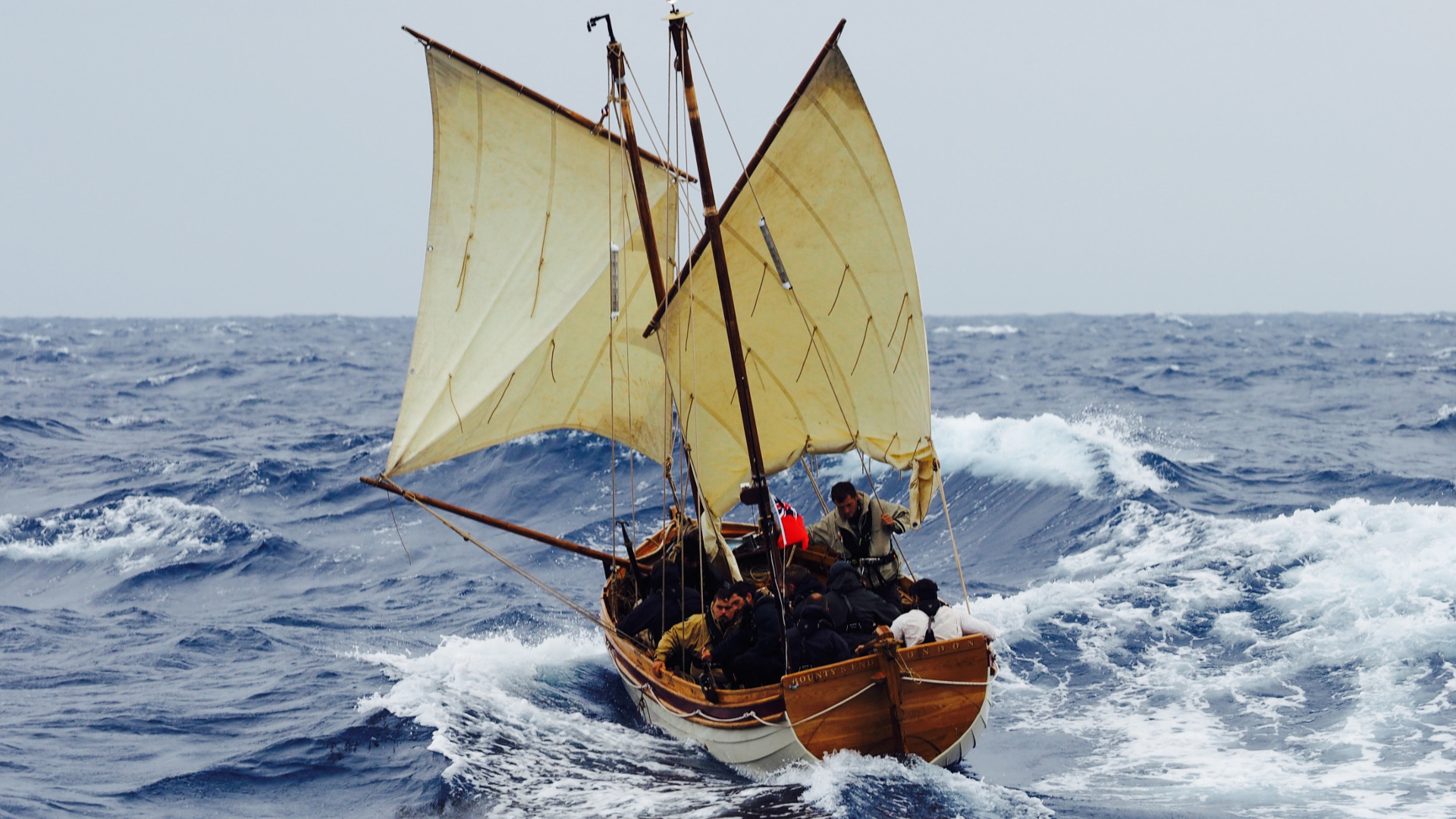 In a unique experiment we will challenge 21st century men to re-live one of the greatest feats of maritime adventure and endurance in naval history. After the legendary Mutiny on the Bounty of 1789, Captain William Bligh and his loyal crewmen were cast adrift in the Pacific Ocean and left for dead. In a remarkable act of seamanship Bligh led his crew to safety across 4000 miles of ocean from Tonga to Timor.

Now, 9 men are setting out on the same gruelling journey in a replica 23ft open wooden boat, with similar equipment and the same rations of food and water that Bligh’s men had. They’ll use the 225-year-old diary kept by Bligh during the voyage as a survival handbook, to help them uncover the secrets of the seas in such unpredictable, often, brutal environments. Like Bligh’s crew they will face sudden storms, treacherous reefs and the challenge of landing on isolated tropical islands to hunt for vital supplies.

Anthony Middleton, of SAS: Who Dares Wins is assuming the role of Captain Bligh and will lead the expedition. His crew is made up of sailors and complete novices – the ship’s carpenter is an odd job man and the ship’s surgeon a GP. As the voyage progresses the crew will be constantly challenged by raging seas, starvation rations, and the confined space of the boat. Will Ant be able to keep his men in check and lead them to safety? Or will he have to contend with a mutiny of his own?