Horizon – The Placebo Experiment: Can My Brain Cure My Body? 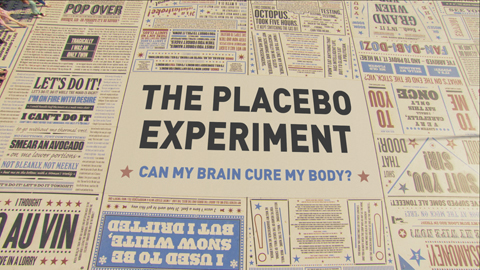 Could the power of fake pills be used to treat some of our most common medical complaints? To find out, Dr Michael Mosley is running Britain’s largest ever trial to investigate the placebo effect. He’s heading to Blackpool to gather 117 people who suffer from back ache – one of the leading causes of chronic pain – and try and treat them with nothing but fake pills and the power of the mind.

Working with experts from the University of Oxford, Michael will discover that the placebo effect is more than just a medical curiosity –  the brain is actually capable of producing its own drugs and these can be more powerful than prescription painkillers. He’ll also test this out on himself – attempting to train his own body to respond to a fake treatment, as if he were taking an actual drug.